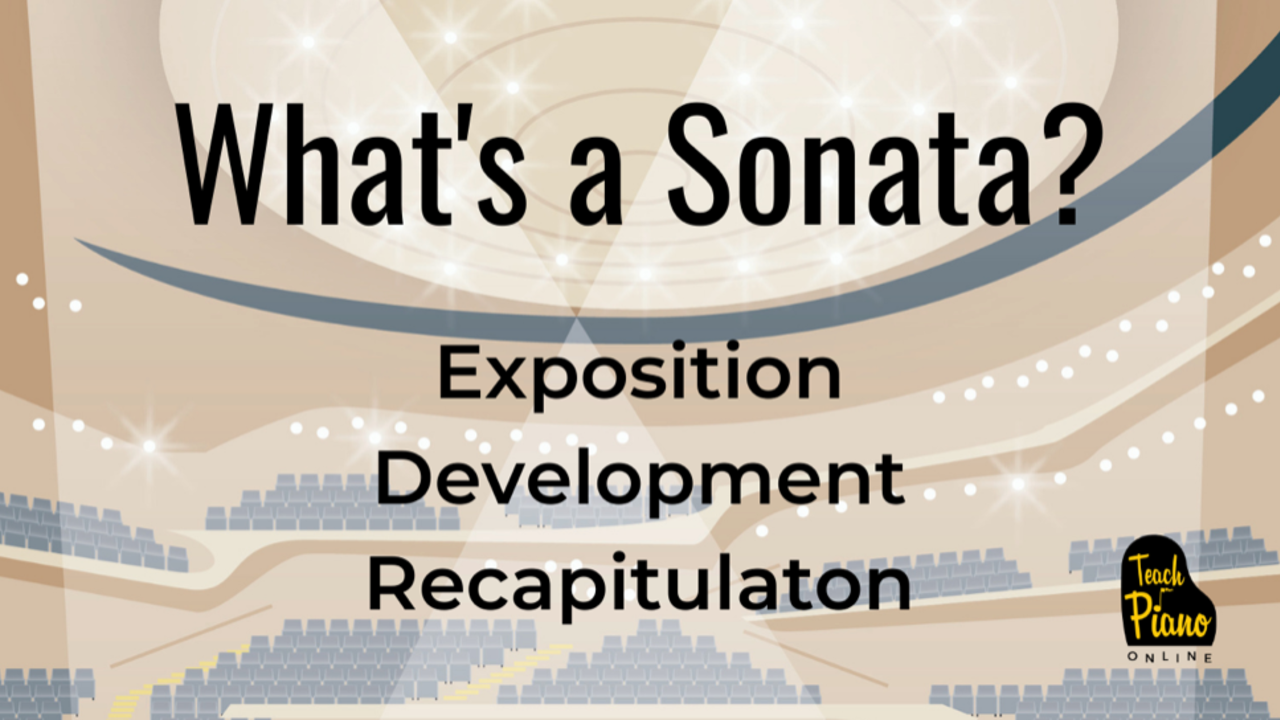 What's a Sonata? It is a form of music, like a story made up of sounds instead of words. Characters are introduced, they fight and they make up in the end. It was a common form in the Classical period which went from around 1750-1820 or so, depending on the scholar you follow.

Sonatas generally have a beginning, middle and an end. In the case of the first movement of the Moonlight Sonata -the one you are learning here.

Exposition: The beginning of a sonata where the themes are introduced. Generally there are two themes connected by a bridge.

Development: This is the middle of the piece. It is where the two themes interact with each other, mixing it up a bit.

Recapitulation: (think Recap) When the themes come back close to their original form.

Often there is an extra ending or a Coda. It is like the epilogue. What happens to the characters in the end.

This course has been organized the same way the piece is. What do you notice as you build the piece up?

Miracle or Monster?
future recitals live streaming concerts online teaching video for online teaching
Mar 17, 2021
Latency- what it is and why it matters
internet midi latency online teaching teaching piano online tech issues
Mar 12, 2021
5 to 7 years with time off for good behavior
teaching adult students who's it for
Mar 01, 2021
Close

Sign up to our newsletter and you will have this awesome online teaching tool in minutes!